RAN1 will start working on several features that continue to be important for overall efficiency and performance of 5G NR: MIMO, Spectrum Sharing enhancements, UE Power Saving and Coverage Enhancements. RAN1 will also undertake the necessary study and specification work to enhance the physical layer to support frequency bands beyond 52.6GHz, all the way up until 71 GHz. The summary figure below shows the Release-17 content for RAN1 with the planned RAN1 time allocations (TU) in each quarter.

In RAN2, the work starts in the second quarter of 2020. The necessary protocol enhancements for the newly added physical layer driven features will be added. The summary figure below shows the Release-17 content for RAN2 with the planned RAN2 time allocations (TU) in each quarter – note that these allocations may be revised at RAN#87 in March.

In RAN3, Release 17 will also start in the 2nd quarter of 2020. Architecture support will be added to all necessary RAN1- and RAN2-led features. The summary figure below shows the Release-17 content for RAN3 with the planned RAN3 time allocations (TU) in each quarter.

RAN3 will also address the QoE needs of 5G NR, initially starting with a study to understand how different the QoE function would need to be compared to what was specified for LTE.

The radio architecture of 5G NR is substantially more versatile than LTE through the split of gNB: Control- and Userplane split, as well as the split of Centralized Unit and Distributed Unit. RAN3 will now add support for CP-UP split to LTE to so that LTE networks can also take advantage of some of the advanced radio architecture functions of 5G.

Release 17 is perhaps the most versatile release in 3GPP history in terms of content. Still, the scope of each feature was carefully crafted so that the planned timelines can be met despite the large number of new features. As RAN Chairman I have the utmost confidence that the Working Groups will be able to deliver the specifications for all the planned functionality within the designated timeline.

5G Release 17 is considered “Work in Progress” for definition.

December 2019 Update:
At the December Plenaries, TSG RAN#86 meeting had outlined its ambitious schedule in the ‘Release 17 package for RAN’ presentation, which contains slides on the time to be spent (Time Units) on RAN features for Rel-17. In the light of the latest decision – In March – Here are the 3GPP RAN milestones as a consequence of the cancellation of WG and TSG face-to-face meetings. 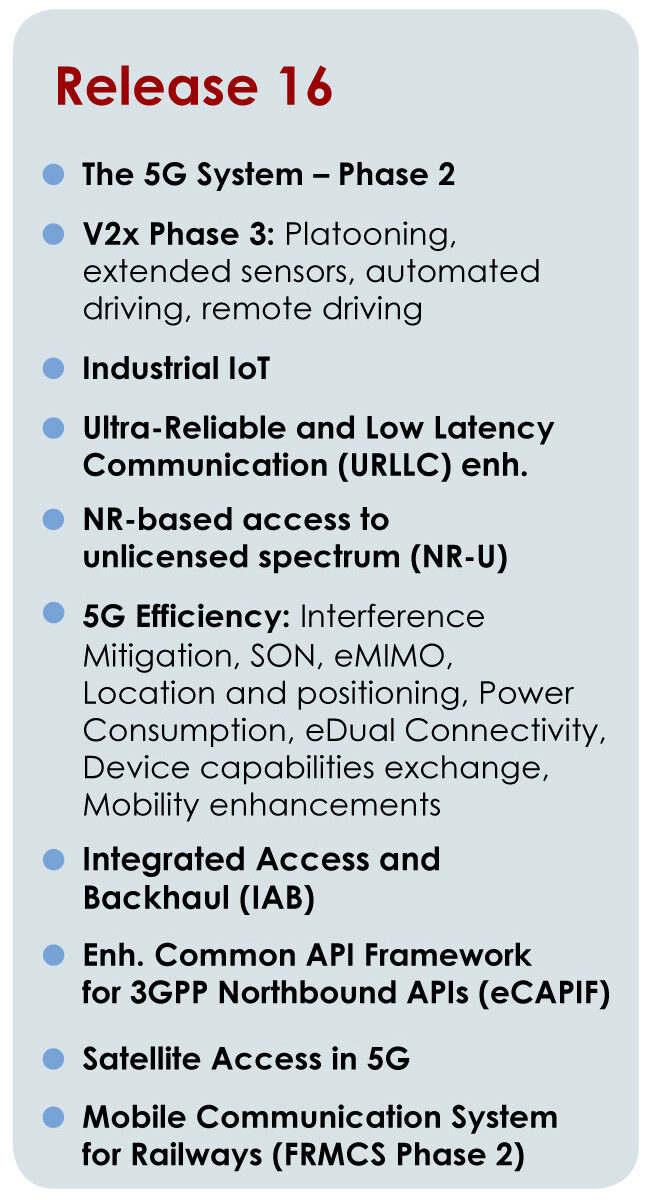 The initial delivery of ‘Non-Stand-Alone’ (NSA) NR new radio specifications for 5G in late 2017 . Following this, 3GPP effort focused in 2018 on completion of 3GPP Release 15. Release 15 represents the first full set of 5G standards passing the first milestones for the 3GPP submission towards IMT-2020.

Release 15 has matured and drawn close to completion. The group’s focus is now shifting on to the first stage of Release 16, often referred to informally as ‘5G R15Phase 2’. By the end of the year, 83 studies relating to Release 16 plus a further thirteen relating to Rel-17 were in progress, covering topics as diverse as Multimedia Priority Service, Vehicle-to- everything (V2X) application layer services, 5G satellite access, Local Area Network support in 5G, wireless and wireline convergence for 5G, terminal positioning and location, communications in vertical domains and network automation and novel radio techniques. Further studies were launched or progressed on security, codecs and streaming services, LAN interworking, network slicing and the IoT. 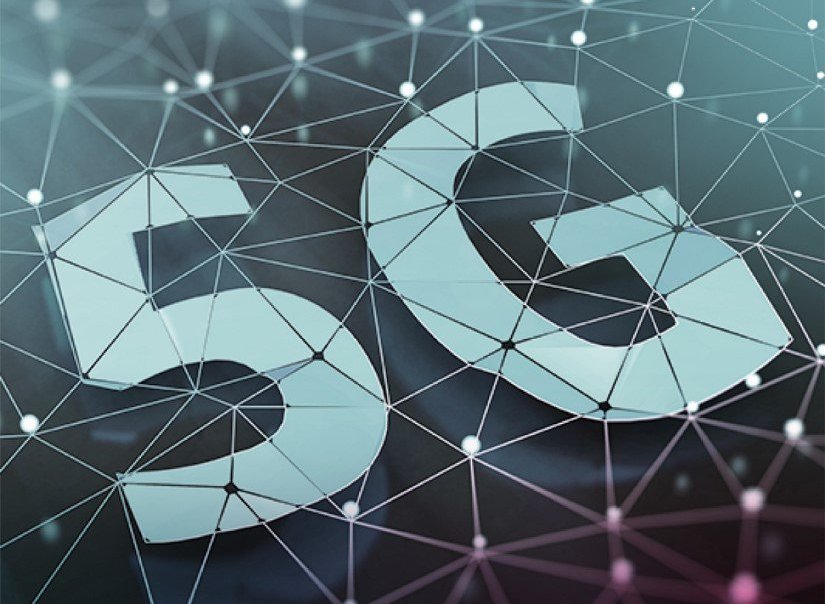 For more information on 5GRadio