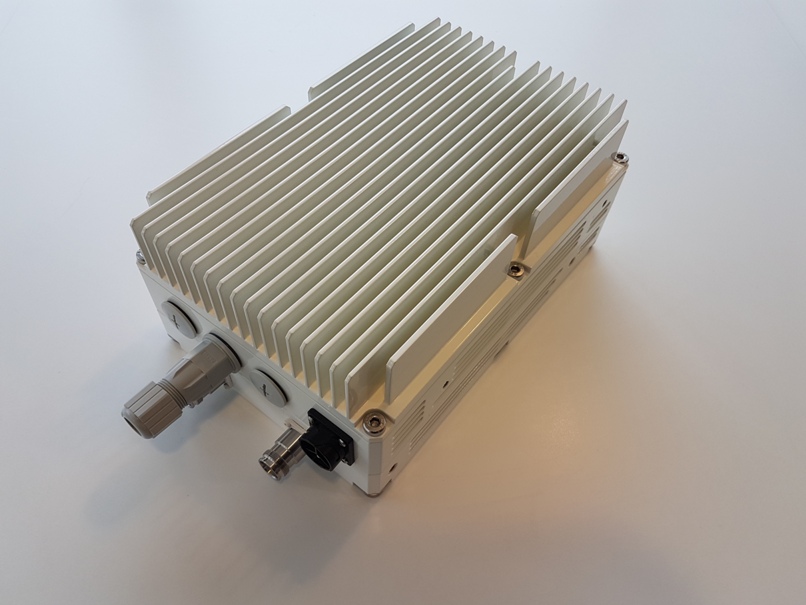 The Common Public Radio Interface (CPRI) standard defines the interface of 5G base stations between the Radio Equipment Controllers (REC) in the standard, to local or remote radio units, known as Radio Equipment (RE) or Remote Radio Heads (RRH).

A remote radio head is a remote radio transceiver that connects to an operator radio control panel via electrical or wireless interface.

The CPRI standard allows for different bit rates.  These are easy to achieve over fibre optics with today’s technology.  However over wireless links, the capacity is more limited due to available spectrum, link margins, atmospherics and technology limits.  The following are defined for CPRI:

CPRI transports I/Q data of particular antenna and particular carrier. This “unit” is called an AxC unit or Antenna-Carrier unit.
Example:
In LTE system, if I=16 bits and Q=16 bits
then one AxC is of length 32 bits.

CableFree has pioneered Front-haul of CPRI over wireless links. Wireless Point to Point links are faster to deploy than fibre optics, and lower latency. Today’s MMW links offer up to 4x10Gbps which can carry 4 complete 10Gbps data streams in parallel to a given site.

Note that generally bit rate options 1,2,3 are available over MMW, and 1,2 over FSO today.  These can be “aggregated” using 2+0 and higher (4+0, etc) links to provide higher capacities, for example where more LTE sectors are required.
Continuing Advances in MMW and FSO transmission will enable transport of higher CPRI line rates up to 10Gbps and higher for example